Home ENTERTAINMENT NEWS “I’m Sure The Football Politics Is What Has Broken Our Team” –... 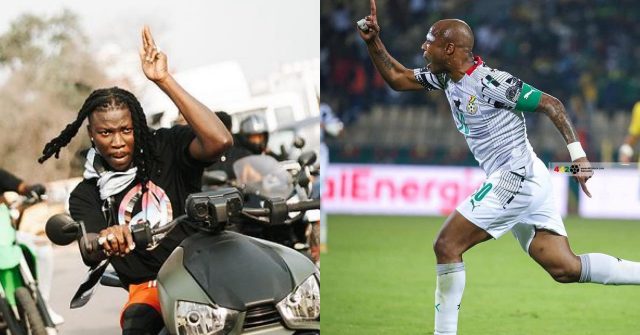 The Ghana Black Stars are ready to return home following their departure from the 2021 edition of the AFCON competition, following a dismal performance.

The Black Stars lost 1-0 to Morocco in their first Group C play, drew 1-1 with Gabon in their second match, and fell 3-2 to Comoros in their last match — their worst showing at the Nations Cup since 2006.

On his official Twitter account, Dancehall singer Livingstone Etse Satekla, better known as Stonebwoy, expressed his displeasure with the extent of political infiltration in the squad.

The Black Stars were eliminated from the AFCON tournament in 2021 following a devastating loss against the competition’s debutants, Comoros.

The senior national team was defeated by the Islanders in their last Group C encounter, falling down to a goal from Comoros captain El Fardou Ben Nabouhane just four minutes into the game.

Things got even worse when Black Stars captain Andre Dede Ayew was sent off in the 25th minute for sticking his knee out in an effort to win a 50-50 ball inside the penalty area against Comoros’ goalie.

“how I miss those days when a #blackstars win will make the country jubilate all night. People will release things falaaa! Town sweet, cars toothing horns, flags flying high etc. Well done players, I’m sure the football POLITICS is what has broken the team down to this level”.