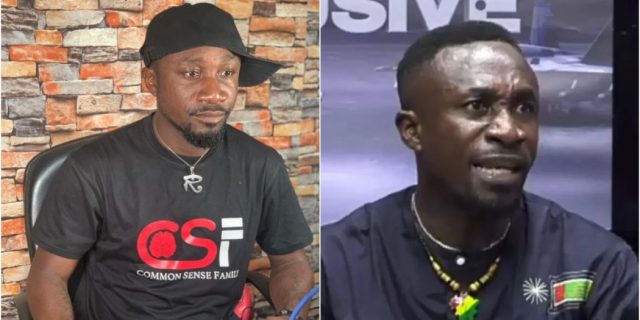 Avraham Ben Moshe, the leader of Common Sense Family, claims that most Ghanaians are still poor due to the concept of religion.

According to him, religion has instilled in Christians the mentality of not pursuing worldly goods in this life, and as a result, they would rather suffer on earth than enjoy paradise, but this should not be the case.

He claims Christians have become accustomed to being penniless since they believe they will have a better fate after they die.

In an interview with Rev. Nyansa Boakwa on Happy 98.9FM’s NsemPii, Avraham Ben Moshe shared, “They’ve been made to understand that it is useless to work and make money to enjoy in the world because someday it will be destroyed and they will die leaving everything they were working so hard for, so they should rather focus on making it to heaven where they will be eternally rewarded.”

He continued, “This type of thinking is also obvious in the sort of roads we construct.”

“We create our roadways as the world will be ending in 3 days and that we are anticipating the second coming of Christ so they may travel with him to enjoy paradise as they’ve been told,” he added.