Home ENTERTAINMENT NEWS “Delay And I Never Dated, We Are Not Even Close As People... 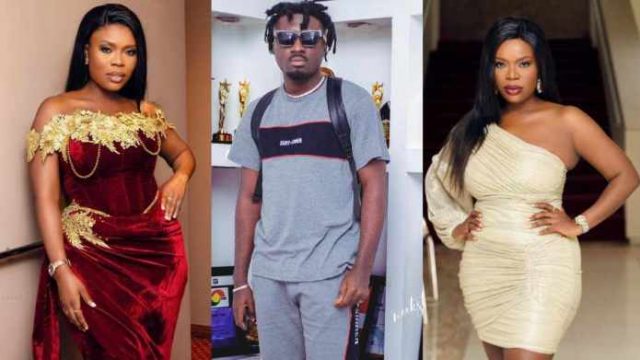 Amerado, the Ghanaian rapper whose actual name is Derrick Sarfo Kantanka, has spoken out about his purported connection with Delay, the television personality.

In an interview with blogger Zion Felix, Amerado remarked that Delay is a rare lady, and that while he has feelings for her, he recognizes that he is in a different league than her.

Amerado informed the host, Zion, that he has good taste in ladies and believes Delay to be one of his favorites in the business. Amerado went on to say that he knows he’ll never regain Delay’s heart, but he’s grateful she affected his brand.

“I am a highly ambitious man who enjoys wonderful things, but she has accomplished a lot in the profession thus far.” I believe that I still have a long way to go. There’s a lot I need to get done before I can catch up to her.

“She’s a terrific catch, and young men like me need to get closer and form bonds with individuals like her, but I’m quite bashful.” I’m a male, yet I’m also a shy person. In an interview with Zionfelix, he claimed, “Even the Bible says we have been authorized to do all things, but not everything is useful.”

When questioned if they were still friends after she ‘friend-zoned’ him on his birthday, Amerado said:

“I’m confident she’ll be alright wherever she is.” I can’t just pick up the phone and call Delay whenever I want. We aren’t quite there yet. I’ve never said that we’re dating or that we’re friends, so I completely understand if she friend zones me. “