Home ENTERTAINMENT NEWS “I Once Had A Spy On Kwadwo Sheldon Because I Wanted To... 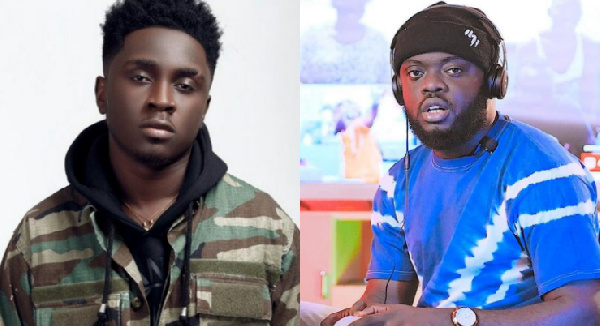 The beef between rapper, Kweku Smoke and Youtuber, Kwadwo Sheldon seems to have come to an end as the two spoke their minds in a Twitter space which was organized by Big Homie Flee, but Kweku Smoke made a revelation on what he wanted to do to Kwadwo Sheldon since he thought he hated him badly..

We could all recall when Kweku Smoke moved to Kwadwo Sheldon because he loved trashing most Ghanaian celebrities. Sheldon had squared it off with Shatta Wale and his legions of fans, plus ridiculed Sarkodie and Stonebwoy before Kweku Smoke.

In one of Kweku Smoke’s tweets at the time, he said that Kwadwo Sheldon knows nothing about music, so, therefore, he has no right to criticize musicians in his reactions to their songs on YouTube. Kwadwo Sheldon replied to him, and there was a lot of hey wire on the internet.

Today, Kweku Smoke made it known that he had never seen Sheldon before until one day he intentionally went to hide information from Sheldon’s house to have a spy on him so that he could hurt him. At that time, he was more like a mafia boss, but he is a changed and matured man now, so he just overlooked things and moved on.

READ ALSO 👉  "Are You A Celebrity?" – Kwadwo Sheldon Asks Wendy Shay After She Defined 'Celebrity' On Twitter