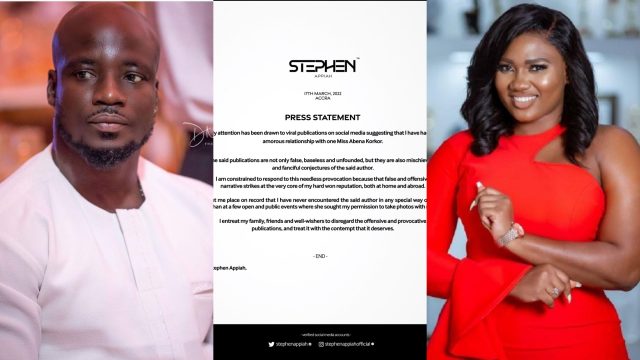 Former Black Stars captain, Stephen Tornado Appiah, has reacted to Abena Korkor’s allegations against him of sleeping with her.

In a Twitter post yesterday, Abena Korkor reacted to people who said she should respect the marriages of the men who’ve slept with her and stop making their names public.

These married men, according to Abena Korkor, knew she was someone who would come out in public if they slept with her, so they knew what they were getting into when they decided to sleep with her.

She ended her tweet by telling Asamoah Gyan and Stephen Appiah that they needed to improve their game.

However, Stephen Appiah couldn’t keep mute as he released a press statement to address the issue. He revealed in the press statement that whatever Abena Korkor was saying was false and that he only met her at public places where she offered to take photos with him.