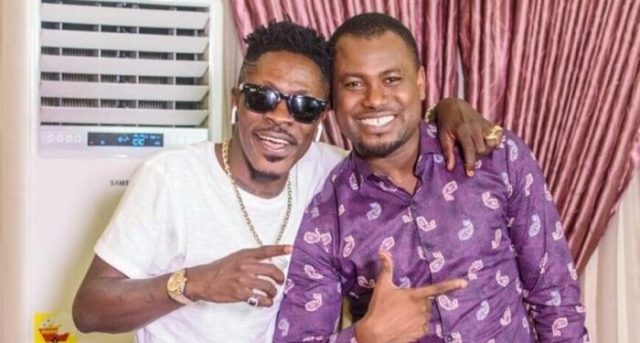 It seems Shatta Wale is not happy that Abeiku Santana tagged him to deal with Charterhouse for being biased in this year’s VGMA nomination. The SM boss has been dissing the radio presenter since the morning after seeing his video, and we have chanced upon a video of the self-acclaimed dancehall king dissing “Mr. Tourism” once again.

It could be recalled that Abeiku Santana, an entertainment anchor on Okay FM, has stated that he is looking forward to the day when the VGMA is in Shatta Wale’s hands.

Abeiku is dissatisfied with the VGMA’s decision to eliminate industrious musicians like Fameye and Kinaata. The broadcaster slammed the VGMA and Charter for operating the family and friend award system on his show this afternoon.

Shatta Wale had always been aware of how biased Ghanaian systems work. The controversial musician has clashed with the VGMA and Charter House over what appears to be nepotism. His dispute with them resulted in his exclusion from the award program.

Shatta Wale’s efforts to expose VGMA over the years appear to have paid off.

After the uproar, Abeiku made a hilarious comment at the end of the performance. He remarked, “I live you [VGMA and Charter House] in Shatta Wale’s hands.”