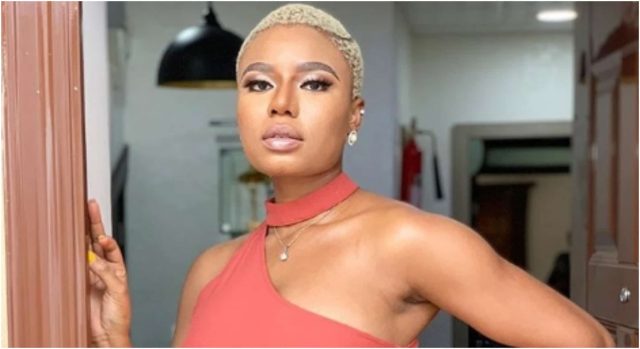 Nancy Isime, a well-known Nigerian actress, has counseled her fellow young females who wish to thrive monetarily to include ashawo in their efforts.

According to the stunning actress, it is extremely difficult to survive and succeed as a woman in Africa without being labeled an ashawo, so successful women should not be concerned if they are labeled as prostitutes, whether they are in the business or not.

She stated in a contentious article that society has labeled all actresses as s3x workers due to the number of hours they spend on set, usually with directors who assign them parts in exchange for s3x.

Nancy Isime, who has been accused of being one of many female celebrities who sleep with powerful men to fund their opulent lifestyles, has categorically declared that she has embraced the ashawo moniker and that all of her detractors are allowed to refer to her by that term.

Take a peek at the screenshots below to see Nancy Isime’s divisive ideas.