Home ENTERTAINMENT NEWS Top 10 Richest Musicians In Ghana And Their Net Worth. 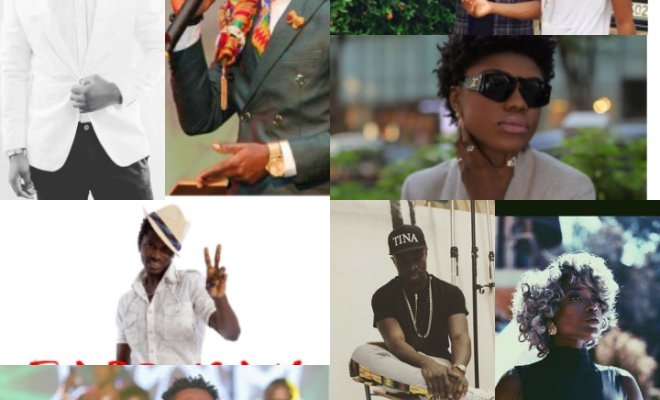 Richest Musicians In Ghana, music industry is fast booming following the rise of hit songs, international collabos and awards in Ghana. Their music is gradually becoming a force to reckon with in Africa and in turn making musicians in Ghana quite a lot of money.


Some of these musicians in Ghana have won local and international awards, performed in so many shows and endorsement deals. See the lists of top 10 richest musicians in Ghana below…
Top Ten Richest Musicians In Ghana
10. Edem
Edem started music in high school where he formed a 6 member group called Ringmasters, he is the only son to his parent who are both dead and was born in Dzodze in the Volta Region of Ghana. Edem rose to fame in 2006 with his first hit single “WOTOME WOSHI” and he got signed to The Last Two Entertainment Group that same year.
With his growing fame among music lovers Edem has performed in many live shows across Ghana, his videos ‘His The One featuring Sway’ featured on Voice of America and the award winning song Koene also featured on Music Time Africa. Edem has won the Best International Act-Africa at 2015 Black Canadian Awards and has also won Album of the Year, Afro pop song of the year and Video of the Year at the Vodafone Ghana Music Awards 2015


9. Efya
Efya came into limelight when she participated in the maiden edition of the Stars of the Future talent show and since then she hasn’t relent.
Jane Fara Fauzzier Afia Boafowaa Yahaya Awindor known as Efya is a daughter of Nana Adwoa Awindor, filmmaker and a host of a late television show. She has performed in many musical concerts, events, won numerous awards and also makes money from several digital platforms, including iTunes and Amazon
8.Stonebwoy
Considered as one of Ghanaian leading dance hall artiste Stonebwoy started music as an high school student enrolled himself on the popular rap competition “Kasahare Level” on Adom FM alongside Sarkodie, Dr Cryme and he is latest recipient to win Best International Act (Africa) award at the BET.
Born 1988 in Ashaiman, Ghana Livingstone Etse Satekla AKA Stonebwoy was signed to Samini Music record label where he recorded his first hit single “Climax” featuring Samini ….. and he is currently signed to his own record label Burniton Music Group.
Stonebwoy performs between 30 – 50 yearly both from local to international shows, awards and couples of endorsement deals
7. Tinny
Tinny is one of Ghanaian popular Rapper, who has graced so many events and his songs dominated radio and TV in Ghana. Since his debut in the music world in 1994 he has released five albums.
Tinny has won several awards, performed in local and international shows, campaigned for Cadbury and was was listed as one of Glo Ghana’s Ambassadors in 2009


6.Shata Wale
Shatta Wale is one of the most influential Ghanaian reggae dancehall musician. His hit song Dancehall King was his major breakthrough song in music industry in Ghana.
Guinness Ghana Breweries, unveiled Shatta Wale as one of their brand ambassadors in 2014. In 2015 he was named the 38th Most Influential Ghanaian by E-TV Ghana, he has performed in many local and international shows
5. Becca
Rebecca Acheampong better known as Becca is the first girl and fifth born of nine children, and was born in Kumasi, Becca grew up in UK where she became a Child care and education worker later returned to Ghana after several years abroad.
Becca is currently signed to her manager Kiki Banson record label “EKB” she has two studio album and have done collaborations with 2face, MI and South African group Uhuru.
Telecommunication company GLO unveiled Becca as one of its brand ambassador in Ghana and she was unveiled by The Ministry of Youth and Sports as one of Ghana’s official ambassadors for the 2014 FIFA World Cup.
4. Fuse ODG
Fuse ODG is a British-Ghanaian musician whose hit songs like Antenna and Azonto attained worldwide fame he is also one of the few Africa musicians to chart in the UK.
Fuse ODG raked millions of dollars from his Azonto video which was massively viewed on YouTube and was unveiled as one of the brand ambassadors of Guinness Ghana Breweries along with other musicians like Reggie Rockstone, EL, and Shatta Wale for Made of Black campaign
3. R2Bees
Ghanaian hip hop and hiplife duo, R2Bees have released hit tracks like Yawa Gal, I dey Mad, Kiss Your Hand ft Wande Coal of Nigeria, Ajeii, Odo. Their songs have received lots of massive air plays in both radio and TV stations across Ghana.
Both born and raised in Tema, Accra R2bees have two studio album and they have worked with artiste like Wizkid, Sherifa Gunu, Davido and Tinchy Stryder. R2Bees often sing and rap in native language Twi and Pidgin.
With countless awards to their name R2Bees have performed in countless shows both local and international, the duo group have deals with rLG company worth millions and another one with Star Beer which is also worth millions
2. Sarkodie
Ranked as the 19th most Influential Ghanaian by e-TV Ghana, Michael Owusu Addo better known as Sarkodie is the fourth of five child of his mother Emma Maame Aggrey, a single parent.
Sarkodie appeared in the popular rap competition Kasahare Level on Adom FM’s as an underground rapper, he signed a record deal with Duncwills Entertainment and he dropped his first hit single “Baby” featuring Mugeez of the duo group R2Bees. In 2014 Sarkodie flaunt his own record label “Sarkcess Music” Sarkodie was ranked on Forbes and Channel O’s 2013 list of the Top 10 Richest/Bankable African Artistes.


Sarkodie was officially unveiled as Samsung Electronic brand ambassador in 2012 also in 2013 he signed an endorsement with FanMilk Ghana and he is also in partnership with Tigo Telecommunications Ghana, a brand that sponsored the 2013 Rapperholic tour
1. Okyeama Kwame
Okyeame Kwame is a Ghanaian rapper, actor and entrepreneur, he started his musical career with Daniel Kofi Amoateng in 1997 and parted ways in 2004. Kwame has his own record label “One Mic Entertainment” and a foundation for hepatitis B patients called Okyeame Kwame Foundation.
Okyeame Kwame has won many awards and endorsement deals, in 1999 he won Ghana Music Awards for Hiplife song Of the year, 2014 he won Ghana Music Honours for Hip life Legend and has campaigned for MTN Group, GT Bank, Coca Cola in Ghana. He is also a partner to a shoe manufacturing company called Horseman Shoes, Kwame is definitely the richest musician Ghana.
Credit : Allogh.com

READ ALSO 👉  Edem has threatened me over 'Nyedzilo' song – Eduwodzi