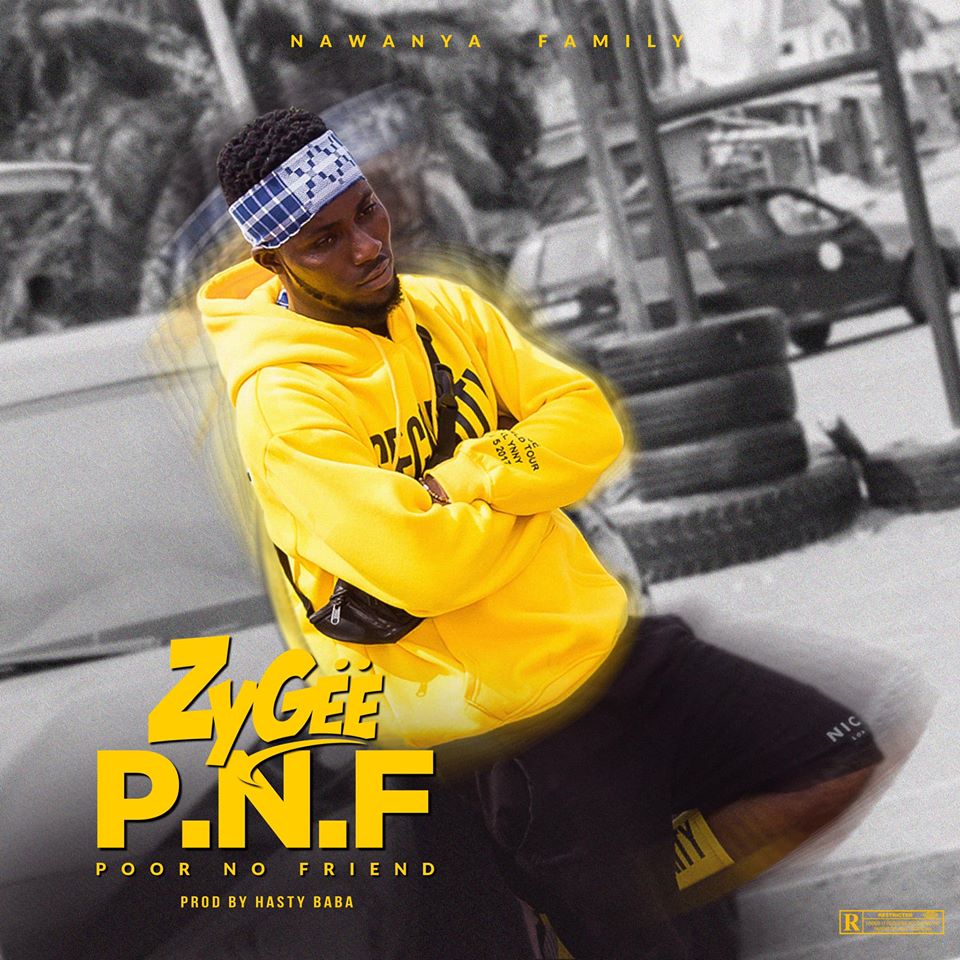 Zygee – Poor No Friend. Ghanaian Hip-hop/Afro Beatz artiste Martin Ocloo, known on stage as Zygee, has released a new single titled ‘Poor No Friend’ ahead of his upcoming album which will be out soon.

His latest work can only be described as a stepping stone in the right direction for him as a creative artiste with the foresight of selling Ghana to the world through his works.

‘Poor No Friend’ is a Hip-hop song that talks about the hidden truths about life. ZyGee explains from his experience that, having no money practically left him with no one to count on as poverty has no friends. He is using this song to motivate his listeners to make money through the right means and use it to help the vulnerable

Poor No Friend is available on all music Platforms, Check it out here –https://distrokid.com/hyperfollow/zygee/poor-no-friend-p-n-f

The song comes with A beautiful music video directed by the highly-rated Dela Finn while the song was produced by Hasty Baba in his Tantra Hills studios.

With his unique rap style, Zygee is expected to cause a lot of stir in the Ghanaian music scene.