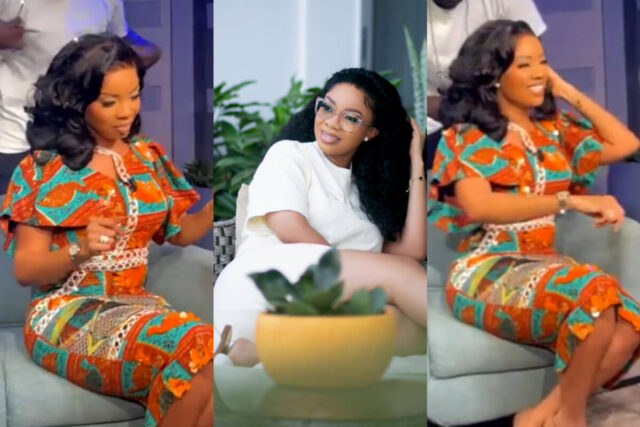 Serwaa Amihere, the beautiful Ghanaian screen goddess, has proven to her detractors that she is a “woman of steel,” and that nothing and I mean nothing, can stop her from living her life, despite the fact that many believed she would not be able to step out today and go about her normal duties.

Serwaa Amihere is presently trending on social media after some leaked images of her sending nude photos to politicians were published. This information was disseminated by a Snapchat blogger, who also claimed that Serwaa had been sleeping with some high-profile Ghanaians.

Most people were taken aback by these allegations because they never imagined she could be used for such uncivilized behavior.

Serwaa Amihere, who many believed would not have the courage to post on social media, had earlier shared a script of some inspirational words, as she does every day.

Serwaa was spotted in a video jamming to Fameye’s praise as she prepared to deliver, despite the fact that many believed the allegations would make her feel terrible or afraid to step out and perform her duties on our screens.

She was live on GhOne TV’s Breakfast show a few hours ago, proving that she is tough-skinned and that it will take more than mere allegations to bring her down.