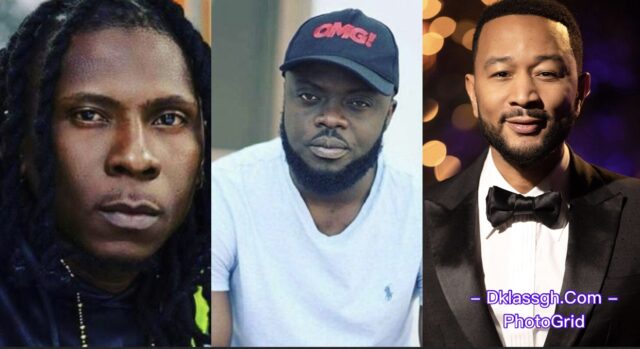 Controversial socialite Kwadwo Sheldon who is also a content creator for one of the most popular breakdown shows in the country has made a contentious comment.

Sheldon made this assertion during one of his breakdowns, claiming that Mugeez of the R2Bees is a greater vocalist than JohnLegend of the popular song “All of Me” and even Michael Jackson.

This is a fairly bold remark, and one may presume he was speaking out of enthusiasm or hype, yet that is his view, and many others may agree with him.

Meanwhile, Fuse ODG, a Ghanaian-born British Afrobeats recording artist, is upset that the Ghanaian media has disregarded the fact that he is the most streamed Ghanaian musician of all time.

According to the renowned Afrobeats artist, the music business and Ghanaians as a whole have overlooked his hard work in showcasing Ghana and Africa to the rest of the globe through his music career.

Fuse ODG revealed that the media and music fans have overlooked the fact that he is the most streamed Ghanaian artist ever in an exclusive interview this morning on the...continue reading