Home ENTERTAINMENT NEWS “Sarkodie Would’ve Won Grammys By Now If He Had Promoted His... 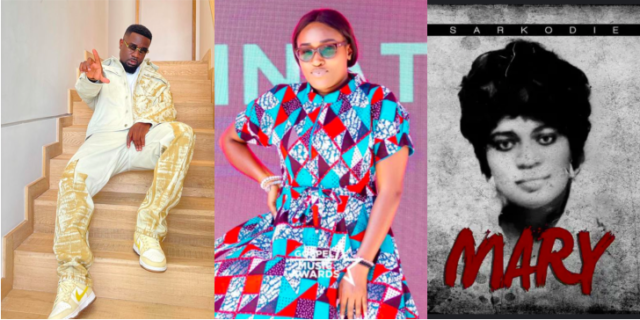 Sarkodie continues to release albums to the delight of his fans in an era when mixtapes and singles have dominated Ghana’s music business.

Sarkodie’s fourth studio album, Mary, appears to be the greatest, as it was recorded with a live band rather than the automated style we’re used to.

However, for reasons best known to him, Sarkodie did not market the album as planned, compared to No Pressure, which Ruthy of Nhyira FM believes is a sub-standard record.

Ruthy claimed on Facebook that if Sarkodie had promoted Mary like he is advertising No Pressure, he would have won the Grammy for the longest time.

The cover and visuals of Sarkodie’s Mary album were nothing short of excellent, according to Ruthy’s knowledge and experience in Ghana’s music industry.

She urged the rapper to consider remixing some of the tracks from the Grammy-nominated Mary album rather than the mediocre “No Pressure” album he’s been pushing and shooting numerous photographs for.

“How I wish Sarkodie could have injected the kinda energy he’s mounting on the #NoPressure Album on to the #Mary Album, he could have even won “Grammy” with it..

“Hmm, #Mary album had and still have the originality and versatility of Sarkodie but man failed to promote it as expected in Ghana even from graphics (album cover art) to photo shoots and stuff were all substandard!!!

“Mary album needed this kinda promotion. “No Pressure but “Yes” Pressure nkoaaa in Reality “!!! !! Sarkodie can we get remix of some tracks on Mary album??!!