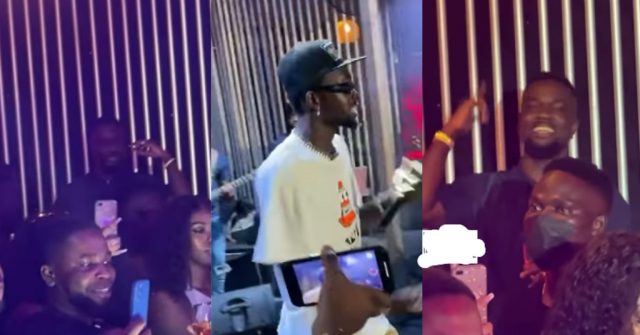 When Black Sherif also known as Killa Blacko took the stage to shake the crowd at the Live with Medikal Concert on Thursday, Sep. 16, Sarkodie couldn’t resist singing his Second Sermon song.

Sarkodie was seen rocking to Sherif’s song and even dropping a lyric or two in tune while carrying his iconic wine glass, which he has blatantly incorporated into his brand.

The Sad Boys President, on the other hand, performed a terrific performance and was well received by the audience. GHHyper posted the brief clip, which we have below for you;

Meanwhile, Ras Nene better known as Dr. Likee took over social media with his hilarious skits around the time of covid’s creation, earning him acclaim for bringing Kumawood sketches back to life.

When actor Kwadwo Nkansah aka LilWin reflects on Dr. Likee’s effect on the performing business, he sees none.

As a result, Kumawood actor Kwadwo Nkasah believes it is a complete disgrace for Ghanaians to compare him to Dr. Likee, because, to his knowledge, they are not on the same level when i…continue reading