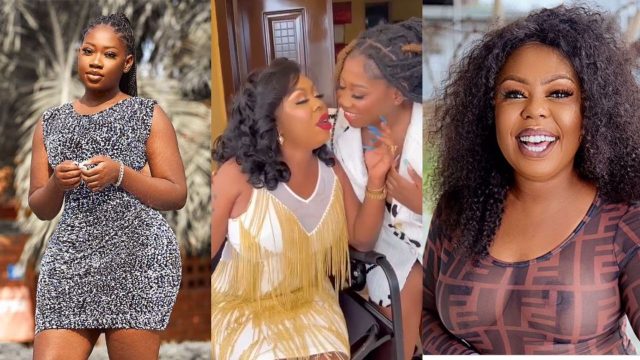 Afia Schwarzenegger, the controversial self-proclaimed Queen of Comedy, has advised her “daughter” Shugatiti to never give out her phone number to a broke man.

Afia believes that no poor man deserves to date or even converse with Shugatiti because she is so expensive.

Afia went on to say that she will deal with any broke man who tries to get closer to Shugatiti. To express how much she appreciated the advice, she kissed her on the lips.

Watch the video below

The University Lecturer who doubles as a Gospel Minstrel through music hinted of her upcoming EP titled “Ibada” this month with the release of a single off the EP titled “First Love”.

Wegeiwor, moves further to feed our eyes with these lovely traditional but trendy fashion as part of social media engagements leading to the mega release of the EP…. Continue reading