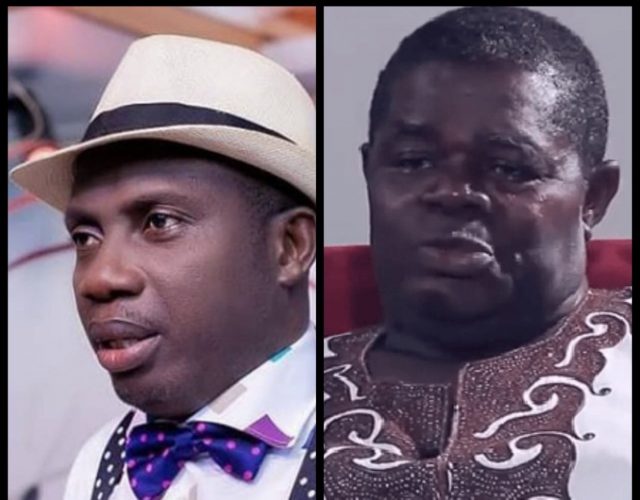 In an audio which has gone viral on social media, the veteran actor is heard begging for alms again.

In the audio, the movie star is heard asking for leftover food because to him, he is struggling currently and unable to feed himself and his family.

He further explained that, people who used to help him have stopped when the Vice President Dr. Mahamaudu Bawumia gave him some money and the Greater Accra Regional Minister, Henry Quartey, also pledged to pay him monthly support, which he says is seeing to his current struggle.

He indicated after the first payment from the Regional Minister, he has not received any payment from him again adding that, he recently went to his office but was told Henry Quartey had travelled.

Reacting to the new development on the Monday edition of the ‘Best Entertainment Show’ on Okay FM hosted by Halifax Ansah-Addo, Counselor Lutterodt said, “Psalm Adjeteyfio act of begging for me is becoming a nuisance. It’s becoming too much.

It looks like in his life, he won’t be able to eat and feed himself if he doesn’t beg.”

He added, “He has a family. We all heard he was given some huge sum of money which he expressed gratitude to the people so why the begging again. I don’t understand. We plead with him. The disgrace on himself is becoming too much. He is not the only person who deserves to be given gifts – we all can beg but sometimes we pull away from such instances because of the disgrace.

“What was he going to do at the Greater Accra Minister’s office? He had no business going there. What sort of ungrateful life is that? He should understand and know good name is better than riches. He better stops what he is doing, because it’s annoying and not nice. It disgraces his level of caliber in the Ghanaian entertainment space. We are over giving him the privilege to beg. His begging mentality has been in the system for more than 10 years and it’s annoying. What is it? For 10 years, can’t you do anything for yourself?”.

Psalm Adjeteyfio, apart from playing a lead role in ‘Taxi Driver’, has also starred in movies like Papa Lasisi Good Bicycle, American Boy, The Chosen One, The Scent of Danger, a stab in the dark, among others.