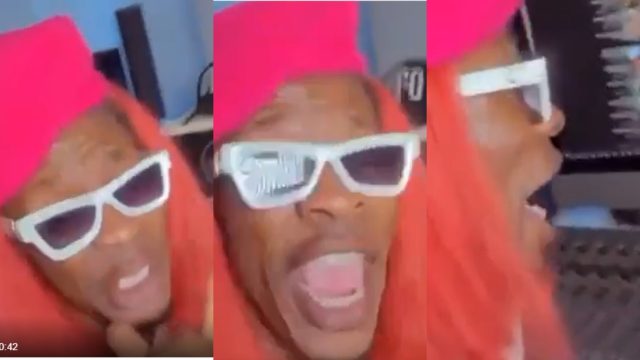 Shatta Wale, the Ghanaian dancehall artist, has cracked ribs on social media after imitating his mate Medikal by donning his girlfriend’s wig to entertain his followers.

The singer showed off his versatility by imitating Hajia4Real while rocking to one of her big songs, “Fine Girl.”

A video posted on social media shows the dancehall musician in his studio, wearing his girlfriend’s wig and undoubtedly having a good time by himself.

It was evident that Shatta Wale was bored and wanted to take a break from his hectic routine in the studio, so he chose to entertain his fans.