Home ENTERTAINMENT NEWS “I Want To Be A Super Legend So I’m Preparing To Win... 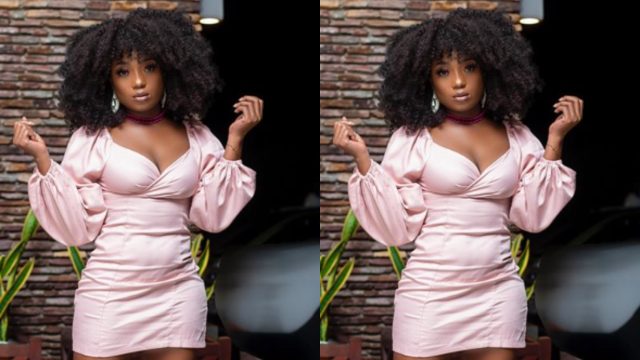 Efya, the Ghanaian musician, claims she is eager to build on her previous accomplishments to become “the greatest ever.”

The award-winning singer and songwriter wrote on Twitter that she is prepared to reach all of the heights she has yet to reach.

“Anything that has slowed me down has either taught me or forced me to develop the skills I need to improve at what I’m doing.” And, regardless of how big of a legend I am today, I’m going to be the greatest ever. I aspire to be a super hero. So, even now, I feel like I’m on my way to the curb. “I’m going to work harder than I’ve ever worked before.”

“I’m doubling up so I can go to the BET Awards, the Grammy Awards, and all the other places I haven’t been to yet.”

However, Archipalago, a fellow artist, intervened with Efya and inquired whether it was intended for her not to release many songs recently, or if she was simply slowing down.

It’s not as if I’ve slowed… I haven’t released music in over a year and a half, but I’ve done over 30 collaborations in that time. I played at around 25 gigs last year. The job continues. “

She clarified that her previous achievements do not imply that she is “slowing down,” but rather that she is “going harder.”

Efya urged Ghanaian musicians to support themselves as well as aspiring musicians in the nation, as this is the most effective way for the music business to thrive.

“The reason we’re here is to let every Ghanaian musician know that the only way we can progress is if we all support each other.” Some of you know things that if you taught other artists, it would help them establish themselves. “