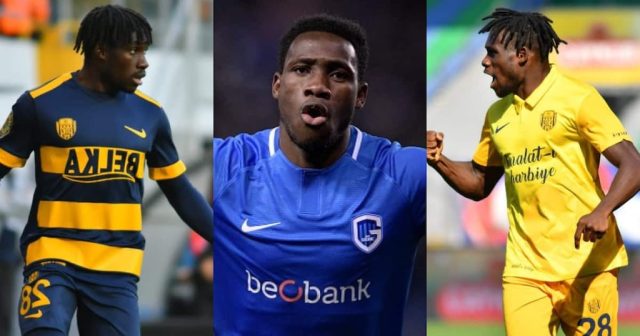 Ghanaian striker Joseph Paintsil posted a video on social media of himself in a studio recording a song.

At the just concluded African Cup of Nations in Cameroon, he made his senior national team debut for Ghana.

In a video released on social media, the forward demonstrated his singing and rap skills. Joseph has yet to release an official song or make a statement regarding his musical career.

Paintsil, a Ghanaian forward who played for Tema Youth before migrating to Europe, is one of the best forwards the country has ever produced.

Joe scored six goals this season in all competitions.