Home ENTERTAINMENT NEWS I Wish Yvonne Nelson Will Make Herself Available For Us To Marry... 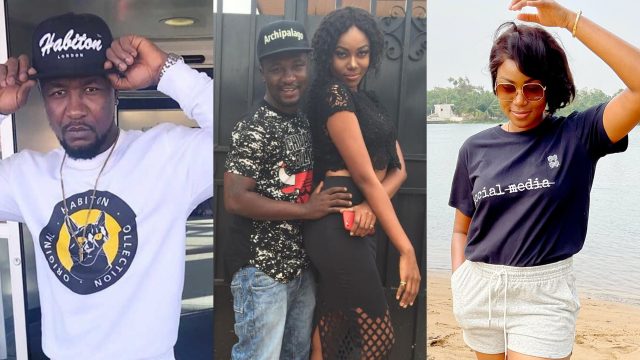 Archipalago, has professed his love for Yvonne Nelson, the actress who is upfront about her relationship status.

The honorable actress has emphasized several times that she is not in a hurry to find a partner.

Achipalago claims that he will never pass up the chance to kiss or sleep with the well-known Ghanaian director.

In his most recent admission, he directly proposed to Yvonne and explained what sets her apart from other famous people.

“I wished Yvonne would make herself available for our wedding. She is the love of my life. Despite the jokes, Yvonne is the kind of girl I like. The only problem is that I haven’t seen her in a dream yet. If not, I might have convinced

“Of all the Ghanaian celebs, I want Yvonne the most.” I would rather have her than food. Over 3 million people have seen the video of us hanging on Facebook. In an interview with Fiifi Pratt on January 24, 2023, Archipalago stated, “We have a terrific feeling, and I could have kissed her if I had the chance.”

However, the social media critic who was a part of one of Yvonne’s films appealed to the actress not to see his revelation negatively.

Don’t be insulted, Yvonne; I adore you. “I wish she was in my bed,” he continued.