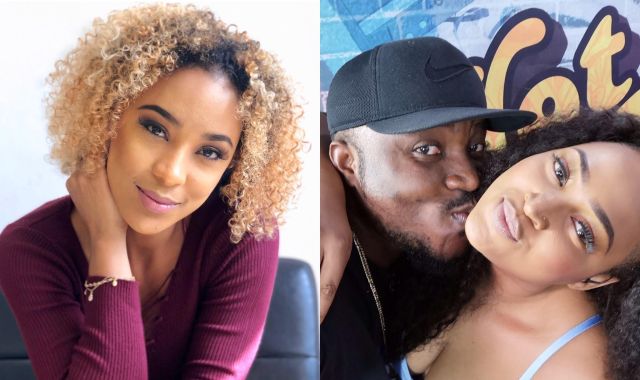 Popular Ghanaian actress, Nikki Samonas has accused Ghana’s king of comedy, DKB womanizing on the ticket of his comedy profession.

The beautiful actress who is widely known in Ghana as DKB’s crush exposed the comedian of a being a womanizer but using comedy as a cover-up.

DKB is one of those male comedians in Ghana who fancies groupie moments with fellow celebrities especially those belonging to the feminine gender. He takes photos with them and later posts them on social media tagging them as his girlfriends or crush.

On many known several occasions, DKB can claim one of his fellow celebrities and be consistently posting her photos on his social media spaces as though they are actually dating but in reality, it’s all for fun.

But it seems DKB has run out of luck as one of his recent posts with the same formula touched the raw nerve of actress Nikki Samonas to abandon all restraints and expose him online.

According to Nikki, DKB is using comedy as a cover-up to do all those things but might be liking them for real.

She was reacting to a photo DKB posted on twitter with TV host Barikisu using the caption; ”I love you @barikisu_official forget all my exes” and 2 kiss emojis.

Nikki upon seeing the post responded saying; ”Continue using comedy as a cover-up”

See the posts below;

Continue using comedy as a cover up. 👁️ https://t.co/ELjA8ptOZh