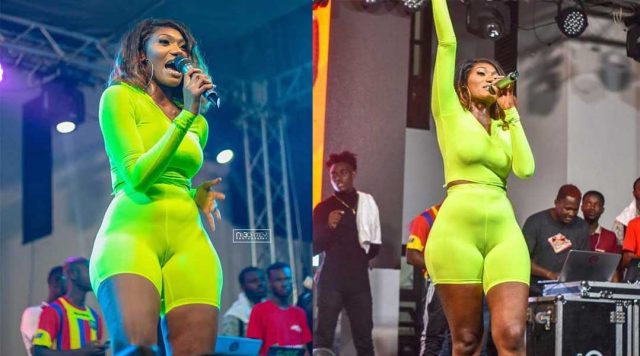 Wendy Asiamah Addo, better known in Ghana’s music industry as Wendy Shay,  has stated that marriage will not prevent her from continuing to perform music.

This was revealed in a recent submission she made during a Twitter interview she did during KalyJay’s Space session.

During the session, the artist spoke with her fans and other Twitter users by answering a series of questions about her career.

In response to a query about whether she would stop playing music if her spouse told her to, she said no.

“I’m not going to stop making music because I’m married. I’m looking for a man who gets me and understands what I do for a living. He has to be a God-fearing man with the same goal as me.”

Meanwhile, Nana Aba Anamoah, the top journalist, has mocked former Blackstar coach C.K Akonnor after he was fired, stating she would join him so they could bring up their own squad.

C.K Akonnor was fired by GFA yesterday evening, and Nana Aba Anamoah responded by mocking him in a tweet, stating he shouldn’t mind because he’s still her coach and they’ll work together.

Nana Aba Anamoah warned C.K Akonnor in a tweet that they will rip their own team, the Ghana...continue reading