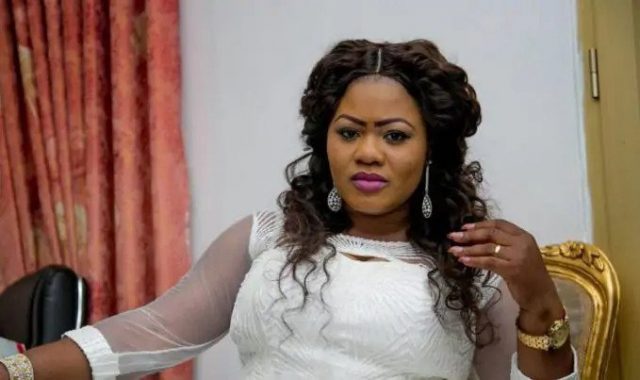 Obaapa Christy, the Ghanaian gospel artist, believes that cosmetic improvements such as makeup are harmless.

There have been several dividing views among Christians in Ghana on the subject of makeup, with one school of thought believing that makeup is evil and that if a Christian does not repent and stop using it, he or she will go to hell, while another school of thought believes that applying makeup as a Christian is not a bad thing because the most important thing is to live right for God.

She sees no problem with cosmetics and is perplexed as to why certain individuals are disseminating the news that ladies who use makeup will burn in hell.

Obaapa Christy told Nana Romeo on Accra100.FM that the most essential thing for a Christian is to live a life that pleases God.

“Everything I have is by grace, even my make-up, which I do myself,” she explained.

“Someone once warned me that Makeup was terrible and evil and that people who used it would go to hell, yet she is the one who now wears heavy Makeup and exposes her hands and cleavage.”

“What I’m trying to convey is that watch what you say; just because you don’t know how to apply makeup doesn’t mean it’s terrible. What determines whether something is good or terrible is the motivation behind it. Despite the fact that I’ve put on makeup and am speaking to God’s children, I haven’t made up to sin in order to glorify God.”