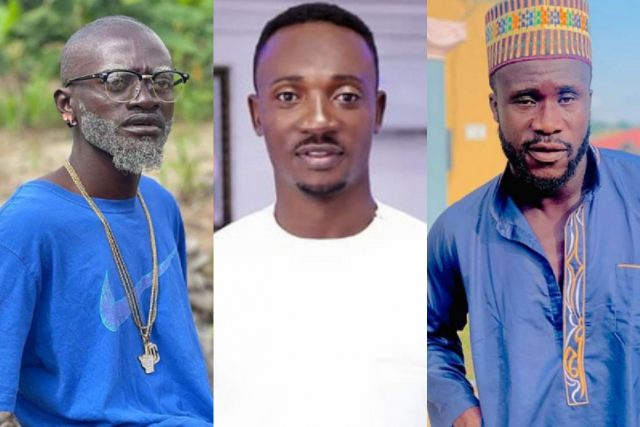 After a fresh wave of internet debate about which of them is greater than the other, actor Great Salinko claimed it’s inappropriate for people to compare Ras Nene, also known as Dr. Likee, to Lilwin.

The Kumawood actor made this revelation in response to the long-running controversy that erupted when Lilwin gave a prior interview to blogger Zionfelix in which he claimed that Ras Nene could not be compared to him since he is a legend.

Although Ras Nene did not reply to that accusation, Yaw Dabo, another Kumawood actor, remarked in a separate interview that Lilwin should learn to accept the reality that Ras Nene is now in charge.

In an interview with Graphic Showbiz, Salinko stated that comparing Ras Nene to Liwin is incorrect because the latter has more experience and has been consistent in the profession for a long time.

“Lil Win has been around for more than a decade and can be cast in any role. Whether it’s a comedy or a serious part, Lil Win can handle anything. “Comparing Ras Nene to Lil Win is like comparing some of these young rappers to Sarkodie, which is very disrespectful,” he remarked.

According to Salinko, people should learn to appreciate individuals who have worked hard in the sector and treat them with respect.

“We must respect and value the contributions of the elders in the game. He went on to say, “I appreciate any actor who has been around for more than a decade and is still relevant.”