Home ENTERTAINMENT NEWS “Homos3xual Is A Sin, My Curly Hair Doesn’t Make Me An LGBTQi... 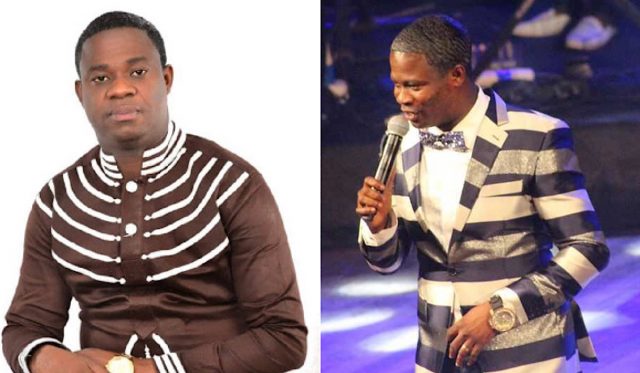 Great Ampong, the veteran Ghanaian gospel musician, has stated his thoughts on the legalizing of LGBTQ in Ghana and the consequences the country would suffer if our politicians allow the practice.

LGBTQi people want their practices to be legalized in the country without being stigmatized by outside forces. The Anti-LGBTQ law, sponsored by Hon. Sam Nartey George, intends to make the activity illegal in the country.

Great Ampong disclosed that God frowns on homosexuality in an interview with Abeiku Santana on Ekwansodwodwo on Okay FM. As a result, the leaders must do all in their power to eradicate the practice in the country.

ALSO READ:   "Daddy Lumba Is A Great Person But He Should Watch His Relationship With Other Humans" - Great Ampong Advices The Legend (Video)

When questioned why he opted to wear curly hair, Great Ampong denied rumors of being homosexual, claiming that gays are more likely to have that type of haircut.

Great Ampong claims that he has had his curly hair from childhood and that as he grew older, he decided to make it more appealing by applying creams, but he will not identify the cream since he has not been hired to promote.

Meanwhile, the public hearing on the anti-gay Bill, which started a few days ago and was overseen by Parliament’s Constitutional, Legal, and Parliamentary Affairs Committee, has been temporarily suspended.

ALSO READ:   "I Slept In A Kiosk When I First Came To Accra" – Great Ampong Discloses