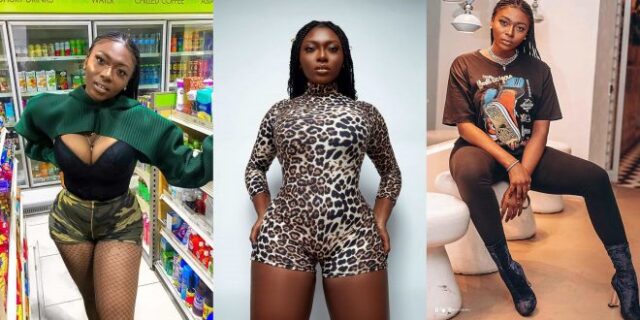 Sefa has responded to rumors that she may have gone under the knife to work on her body for the umpteenth time.

The Ghanaian singer maintains that she has not had her body surgically enhanced, but some people refuse to believe her. Rumors, according to the ‘E Choke’ hitmaker, are always sparked by people’s curiosity.

Sefa states that she has no problem with individuals repairing their bodies or anything since if she needs to do it, she will do so without anyone’s permission.

“I believe it’s just folks who want to know all there is to know about you.” But that doesn’t matter since I always say that if I wake up and discover anything I don’t like about myself, maybe there’s a pimple. “I’m not going to wait for Empress to say I should take it down before I take it down,” she stated.

“Because I am really confident in myself,” she concluded. I’m not interested in anyone else’s business. If I see an issue, I will address it. I’m not waiting for a celebrity to tell me that they’ve done this or that.”

The ‘Fever’ singer, on the other hand, has stated that people pay for her songs, thus they should concentrate only on her job.

ALSO READ:   Sefa And Patoranking Spotted Having Some Real-Time (Video)