Home ENTERTAINMENT NEWS “I No Longer Sleep With My Son In The Same Room” –... 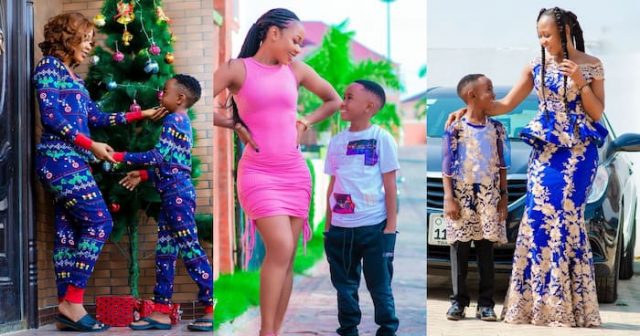 Rosemond Alade Brown, popularly known as Akuapem Poloo, ‘has said that she no longer sleeps in the same room as her son after spending a few weeks in jail.

The video vixen made headlines lately after releasing a nude selfie of herself with her baby on social media. As a result, an Accra Circuit Court sentenced her to ninety days in prison.

On counts of a misdemeanor, domestic violence, and publishing of obscene content, she was found guilty. Her sentence was eventually overturned and she was fined.

As a result of this, she has stated that she no longer sleeps with her son, emphasizing that her son has been assigned a room.

ALSO READ:   Akuapem Poloo Should Be Pardoned For The Sake Of Her Son

“I’m never going to sleep in a room with my son again.” I used to sleep in the same bed with him and even bathe with him, but now I’ve set up a visiting room for him so that he can sleep alone and we can’t see each other’s nakedness. “

Poloo went on to say that her “test and trial” taught her a lot of things and that she’s pleased she went through it since she’s recognized how much the world has changed.

“I’ve learned a lot of lessons since I didn’t realize at first that some actions may get me into trouble; I’ve even learned to forgive when someone walks on my toes,” she added. I can see that we now live in a contemporary world where a lot of things have changed, and I say that I’m pleased it occurred because otherwise I wouldn’t have realized that what I’m doing is wrong. “

ALSO READ:   Akuapem Poloo Cries Out As Companies Stop Reaching Out To Her For Deals

During an interview with Stacy of the Restoration with Stacy Show, the actress expressed these things.