Home ENTERTAINMENT NEWS I’m Very Careful With The People I Deal With, I Don’t Want... 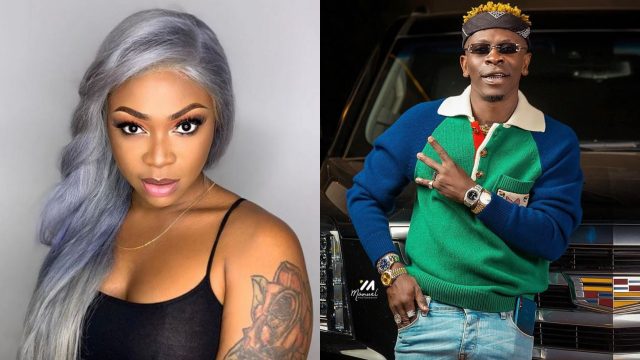 Michy, Shatta Wale’s ex-girlfriend and mother of his child, has claimed that she has decided to lead a simple and good life in order to preserve the reputation of her family.

Shatta Wale, who has a lengthy list of adversaries, is one of the reasons, according to Michy, why she has made this decision. She also added that she dreads being used as a tool to target the dancehall musician.

In a recent interview, she made these claims while describing how, over a four-year period, she was able to maintain a relationship with just one man.

Although Michy’s relationship with Shatta Wale ended badly, she still maintains his integrity and that of their child, which is why she chose to lead a good life.

“I don’t want anyone to have anything bad to say about my ex.” I take great care while dealing with him since he has many adversaries. He needs to preserve his reputation. I’ve been with him since the beginning, so I appreciate his hustle.

“That’s why I’m not living a crazy life all over the place.” hopping from one man to the next. Even worse, someone may record our s+xual encounter and use it to blackmail me or him.

“I’m wary because it happened to Tiwa Savage. In an interview with Kwaku Manu, she claimed, “This generation is crazy, and everyone is nasty to everyone else.”

But she also listed the top traits she looks for in a partner.

“God has shown me his goodness ever since I’ve been single for the past four years.” What exactly are you bringing, then? You have no chance if I perform some checks and balances and discover that I can provide what you are providing me for free.