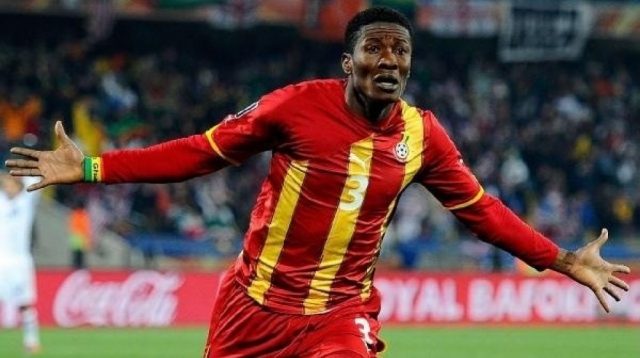 Ghanaian forward Asamoah Gyan has disclosed that after removing him as the Black Stars captain, coach Kwasi Appiah expressed regret.

Gyan led Ghana for nearly five years until the armband was revoked right before the 2019 Africa Cup of Nations (AFCON).

The experienced striker was designated general captain by Appiah, the national team coach at the time, who chose Andre Ayew to be his new captain.

Gyan was not pleased with the decision and declared his retirement from the national team before changing his mind in response to President Akufo-Addo’s intervention. Addo’s

The 37-year-old has now admitted that he disagreed with the timing of Appiah’s decision and claims that the coach afterwards apologized to him.

READ ALSO 👉  Why do you talk about everything I do? - Asamoah Gyan slams critics

“Naturally, I disagreed, but why contact me to apologize when you think you’ve made your decision?” “At the Holiday Inn, my team and his team met,” Gyan said to Dan Kwaku Yeboah on YouTube.

“They talked to me, expressed regret, and advised me not to be furious.” Why should you apologize if it was your choice? Why do you call my team and set up a meeting if that’s the appropriate choice? Why? I can understand if it’s due to the connection we had.

And he said, “The captain was given to me.” He took a flight to Dubai, but the moment wasn’t perfect for him to return the wristband. He had to offer me a concrete explanation. I don’t have a problem with the coach, but I felt the timing was off when someone else took over as captain before me. Additionally, he gave an incoherent justification for his actions. “I became upset for that reason.”

READ ALSO 👉  Asamoah Gyan Reveals Castro is not Dead; His Reasons Will Give You Headache