Home ENTERTAINMENT NEWS Kwesi Arthur Didn’t Share My Music After Encouraging Me To Work On... 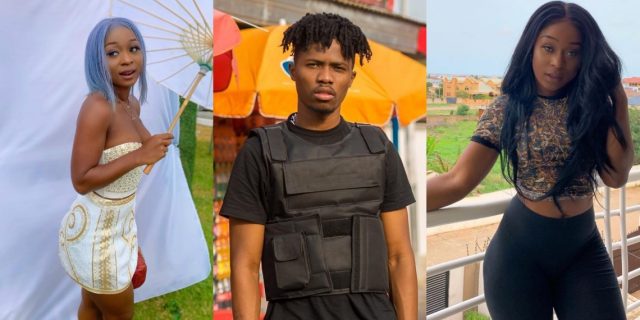 In an exclusive interview with Zeinat Issahaku of Ameyaw TV, Ghanaian socialite Efia Odo said that Kwesi Arthur did not share her most recent single, “Getting to the Bag,” when it was released on New Year’s Day and that this was not the first time she had done so.

We all remember when Efia Odo backed the rapper totally, attended every single one of his concerts, and pushed the rapper’s songs. Nobody would predict that Kwesi Arthur would help Efia if the roles were reversed, but that is not the case.

“I’ve never had anything posted by Kwesi Arthur about me. The lone instance, in my opinion, included my reality program “My African Love.” Efia says to Zeinat, “He had posted on his story once, but clearly you see how hard I work for him, but he never shared the music.”

Efia Odo also disclosed that the rapper had offered her his complete support to pursue her music seriously and that he was aware that she was working on it.

Efia said, “He knew; he’s the one who advised you to take it seriously.”