Home ENTERTAINMENT NEWS Black Sherif’s Manager Gives A Blow To Blow Account Of What Is... 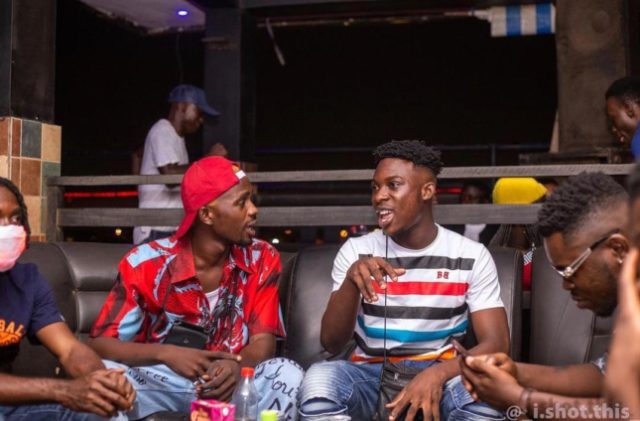 Black Sherif has been accused of being ungrateful to his previous manager, “Snap,” after the latter fed, dressed, and housed the rapper while he was still a rising star.

Madonna, Black Sherif’s claimed manager, revealed in an exclusive interview with Da Don on U Sey Weytin on Hitz FM that Snap came in solely as an investor after the successful “Second Sermon” hit, and that the remix video featuring Burna Boy was created and shot by EMPIRE Entertainment, not “Snap.”

Snap joined the team as an investor. We started working with him after Second Sermon, and Second Sermon Remix was the sole project we published with his help… Even so, he didn’t put his whole heart and soul into the endeavor. EMPIRE financed the remix’s creation as well as the video’s production. “

Of course, Snap helped us out with a few things—he gave us a place to stay. As has been claimed on social media, he did not purchase a home for Black Sherif. Madonna said, “There was his house, and we were all living in it, including Snap himself and his boys.”

Unfortunately, owing to a misunderstanding between Snap and Madonna, the manager was subsequently fired from the house. Snap did not follow the standard separation of powers in artist management, according to the latter. Snap, he said, was overstepping his bounds when it came to handling the young singer’s affairs.

Without my consent, Snap became a Booking Manager and began scheduling events and interviews for my talent. Fast forward to now. He’s now my artist’s road manager. “

Madonna confirmed the existence of a contract between Snap and Black Sherif when asked by Da Don. However, he refused to get into specifics about the arrangement.

“I wouldn’t want to discuss the contract in public since it is quite sensitive at the management level,” he said.

Madonna also debunked allegations made on Facebook by a certain lady claiming she is the mother of Black Sherif and that no one could murder her “son” because he had been spiritually strengthened. When asked by the Da Don, he denied knowing Black Sherif’s mother. He did, however, reveal that Blacko’s parents had relocated to another country.