Home ENTERTAINMENT NEWS “I’m About To build Some Crazy Sh*t For My Kids” – Davido... 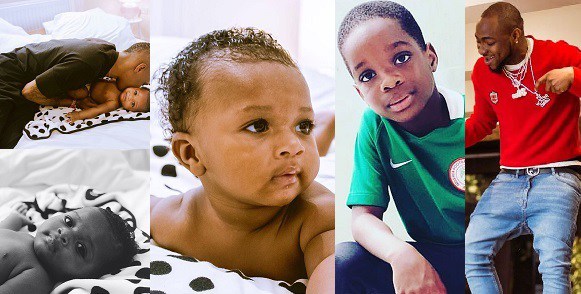 David Adeleke, better known by his stage name Davido, the multi-award-winning Nigerian artist, has announced his plans to build a massive estate for his three children, most likely to protect them from future hardships.

Davido has three wonderful children with three different ladies, despite the fact that he is not married. Hailey Veronica Adeleke, Aurora Imade Adeleke, and David Adedeji Adeleke Jr. are the three children, two girls and a boy.

The musician, on the other hand, has never shown any desire to settle down with any of his baby mamas, preferring instead to have his children close to him at all times while continuing to fulfill his duties as a caring parent.

He just traveled to London with all three of his children to see his concert at the O2 Arena. Despite being chastised on several occasions for not settling down with any of his baby mamas, Davido appears to be more concerned with the well-being of his three children.

In a tweet, Davido hinted that he is planning to build a large home for his three children. He never said anything about what he plans to construct for his children, but we believe he will soon surprise them with something massive.