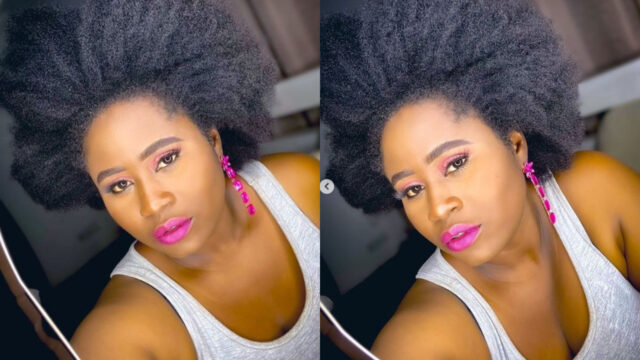 Actress, Lydia Forson has descended heavily on a fan on Twitter who tried trolling her on getting old.

A fan ended up on the wrong side of the actress after he tried to remind her of her aging growth. Lydia Forson has been tagged as one of the actresses who have refused to be tied down by men despite her age.

Despite her age, the actress manages to get her fans crushing on her when she shares pictures of herself on social media.

The fan identified as Nana Adu Boahen said that the actress should not be deceived by nature because she is getting old.

ALSO READ:   11 School Photos Of Ghanaian Celebrities That Will Make You Revisit Yours

He got a reply he was not expecting as the actress tells him his hairline is doing “social distancing”.

The fan who was shocked about some insults the actress rained on him in his dm said that he still considers her as his favorite actress despite the insults.