Home ENTERTAINMENT NEWS “Lack Of Respect And Discipline For Time Is Our Problem In Ghana”... 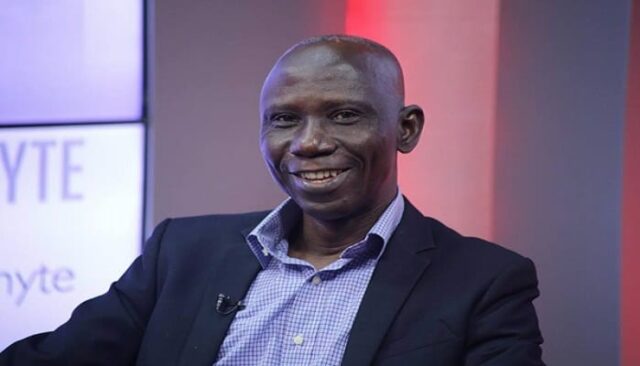 Uncle Ebo Whyte, renowned Ghanaian playwright, author, and motivational speaker, has also expressed his concerns about Ghanaians’ lack of discipline and regard for time.

Uncle Ebo Whyte stated in an interview with Sammy Kay on the Go online show that he does not understand why, in a country like ours, people will set their own time for an event, but will be disrespectful to those attending the event for not honoring their part of the deal with time management by not starting the event on time.

Uncle Ebo stated that if there is one thing he would alter in Ghana, it is the Ghanaian mentality and regard for time, which is why he has chosen to respect time in all of his events and performances.

The difference between first world countries and third world countries like Ghana, which has created massive developmental gaps for us, according to Roverman Productions’ artistic director and principal writer, is their regard for time, attitude, and discipline.

However, Kwaku Bonsam, the well-known Ghanaian traditional priest, has stated that there is nothing like ritual money or money-doubling that ritualists can conduct.

The famed traditional icon dared anyone who believes he is wrong to come out and dispute him with any evidence they may have in a video interview with Citi 97.3 FM.

Kwaku Bonsam went on to say that if such wealth could be produced, every ritualist would be a millionaire and not in t…continue reading