Home ENTERTAINMENT NEWS “This Wasn’t What I Had In Mind” – Kidi After A... 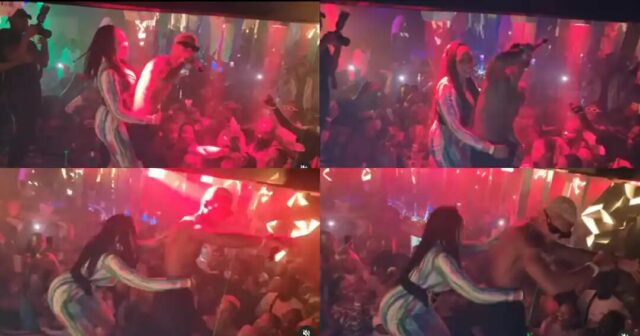 Ghanaian singer and Lynx entertainment signee, Kidi received massive love from the capital of Kenya, Nairobi after he went there to perform.

While performing the hit track off his golden boy album and probably one of the biggest song in Ghana now, one of the ladies was left with no choice but to physically have a feel of KiDi.

She joined him on stage, held him, and started giving him some knackings from the back.

Reacting to this, the singer posted the video on his official Twitter page with the caption:

“This wasn’t what I had in when I sad Shut up and bendover. We was turnt inside Nairobi, Kenya last night”.

However, Princess Shyngle, the Gambian-Ghanaian actress, has taken to Instagram to reveal the dreadful news that has befallen her.

On their WhatsApp page, the actress, who is depressed and has broken down, revealed that she is presently reviewing their past messages and listening to her brother’s voice notes. She also c…continue reading